Homeopathy is a form of alternative medicine that originated out of Germany in 1796 when German physician Samuel Hahnemann propounded his “law of similars” that states “let like be cured by like”. The statement has no scientific underpinning and is taken on the good doctor’s word. The word homeopathy is derived from the Greek hómoios which means like and pathos that means suffering. It is interesting to note that it was Hahnemann who coined the term “allopathic medicine”.

Homeopathy is one of the very few alternative forms of medicine to have originated in the West. Samuel Hahnemann was disillusioned by the medical practices of the period that included bleeding, purging, dosing with toxic substances, etc. He evinced an interest in earlier medical theories that proposed disturbances in the life force as the cause of illness and disease. Hahnemann rejected the idea of disease being caused by a foreign body or organism.

As with other forms of alternative medicine, homeopathy too takes a holistic approach to treatment. It takes into consideration symptoms and an individual’s lifestyle when determining a treatment approach. Thus two people with exactly the same condition could be given two different medicines.

Homeopaths refer to a book called “Materia Medica” that began as a compendium of the experiences of Hahnemann and has pupils. They tested the effects of various substances on themselves and noted down the effects. It was during this period that the concept of “infinitesimal dilutions” was first used. According to this idea, dilution increases the potency of the medicinal liquid. The idea, in fact, is practiced as a derivative of the Law of Potentization which claims an “energy change” can be induced in substances with successive dilution and vigorous shaking of the liquid.

Medicine is prepared from herbs, minerals, and substances of animal origin. Medicine is also prepared using nosodes, i.e. blood, body tissue, and substances of fecal and urinary origin. These are crushed and stored in either grain alcohol or lactose. These concentrates are termed mother tincture and are meant to be diluted. The dilutions carried out to prepare homeopathic medicine are carried out in factors of 10 and 100. For example, medicine designated C24 has been prepared by carrying out twenty-four successive dilutions in the ratio of 1:100. Similarly, D12 means twelve dilutions carried out in the ratio of 1:10, one after the other. Simple arithmetic tells us that with such levels of dilution, not a single molecule of the original medicine is going to remain in the final solution. The near absence of active ingredients in a homeopathic pill or liquid raises questions about the mechanism that purportedly cures ailments. One of the reasons why homeopathy took root in Europe and later on in America was that medicine as practiced back then often did more harm than good. Homeopathy, with its excessively dilute solutions, did not have any side effects.

>Currently, the medical fraternity considers homeopathic treatment to be no better than placebo. Homeopaths, on the other hand, claim that the procedure is no different from the mechanism of vaccination and aims to stimulate the body’s defense and healing mechanisms. 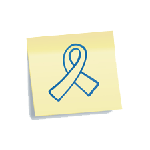